Playstation 4 has new Controller for The Youth

Sony has officially announce a new controller made by Hori called the Mini Wired Gamepad that you can play on the Playstation 4. This is designed for the younger gamers seeing that it’s said to be 40% smaller than the standard DualShock 4 and it also has a more simplistic design that makes it a better experience for those with smaller hands. 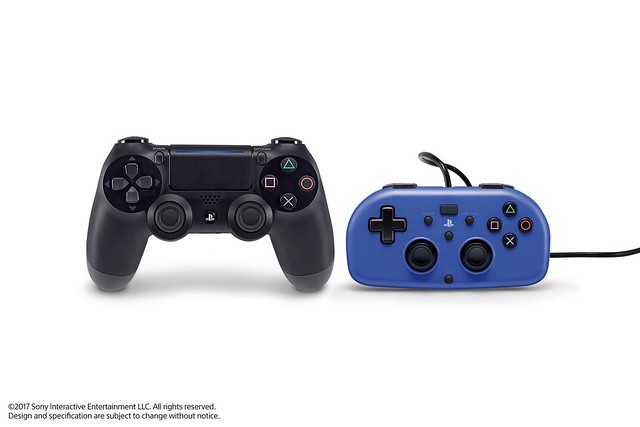 The controller is $29.99 USD and $39.99 CAD, making it cheaper than the original PS4 controllers. It has practically all of the same functions as the normal controllers with the direction buttons, R1/L1/R2/L2 buttons and left/right analog sticks too. Main difference is there is no visible touch pad from the looks of things.

With a 10ft cable on the controller, it makes life easy for busy-bodies as well as making it an easier plug-and-play experience. With there being no touch pad, headset jack, speaker, motion sensing or light bar, it takes away from some of the experience that the DualShock 4 typically has but for smaller children, those features aren’t a deal breaker seeing that most of them want to just pick up and play without the extra cosmetic stuff to worry about.

The Mini Wired Gamepad will launch this Holiday season in the United States and Canada.