With 2016 ending I thought I would do a rundown of all the great anime of the year. This year was a good year; it did have some standout shows and a lot of mediocre to horrible anime. There are some rules to this list: first, I must have seen the anime for it to make the list (pretty obvious right), and I didn’t watch every single anime this year, so some of your favorites might not have made the list because I didn’t look at them.

And second; no movies or OVA series are to be included, so Kimi no Na wa or Kizumonogatari will be incorporated in this list, as this is strictly for TV series only. Third only anime starting in 2016 are eligible; it might end in 2017 but if it started this year it counts. And lastly,  this list is my opinion and is based on what I like, so your list is most likely going to be different from mine.

10. Re:Zero –Starting Life in Another World

Now Re:Zero has been one of the most talked about anime this year, and for a large part, it deserved all the praise it was getting. The story of Re:Zero was dark and bleak, and never watered down its content to appeal to a larger audience. Some point of the series left me feeling that this series could be the second coming of Neon Genesis Evangelion, but sadly those moments were brief and far in between. Re:Zero wasn’t as great as it could have been, but it was still a good show.

9. Alderamin of the Sky 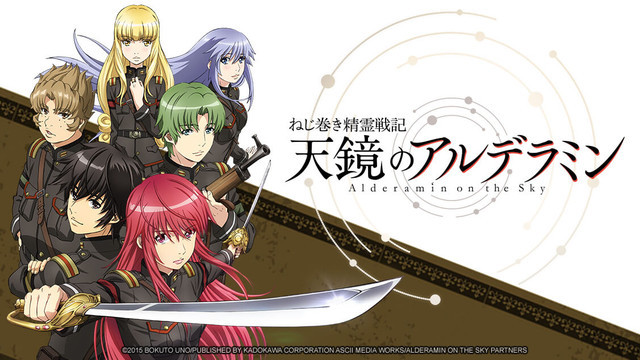 This show made my list of Top 5 anime to watch in the summer season, and although it didn’t meet all my expectations I did enjoy this a lot. It had great characters, a gritty military world which showed the pain and suffering that war bring, not only for the people but the soldiers as well. I think if this series had 24 episodes instead of just 13 it could have been in my top 3 this year. 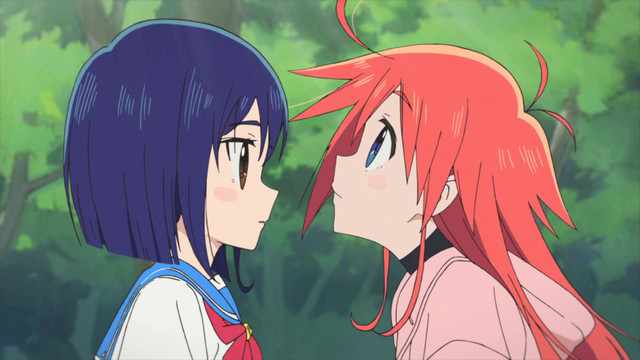 This series has some of the best art I have seen in a while. With art and animation similar to FLCL and Gurren Lagann, this show was destined to make the list. The main characters Cocona and Papika are a delight to watch and all the references the show puts in from The Shinning to Dragon Ball Z are watch made this series a standout this year. 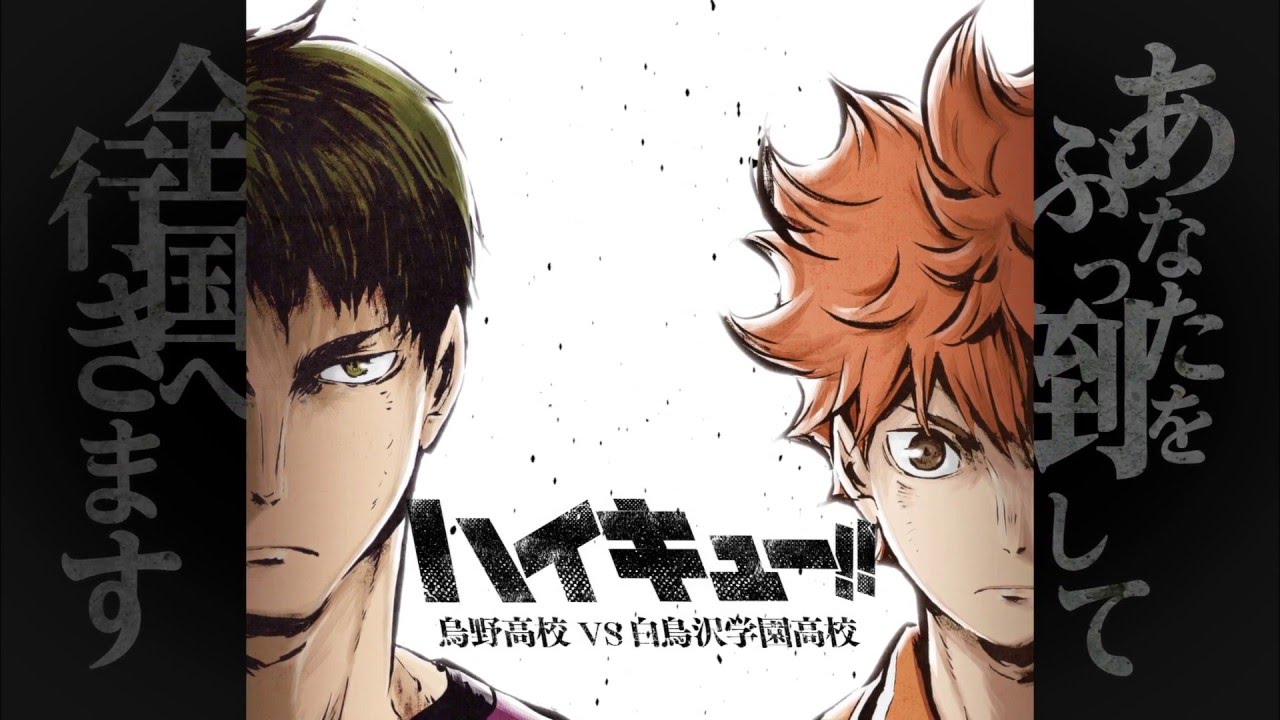 I loved Haikyū S1 and S2 is one of my all-time favorite shows, so there were no ways S3 wouldn’t have made this list. This was my most anticipated series for the Fall season, and the final match between the 2 main schools for who gets to go to Nationals was fantastic to watch. The animation was solid; the characters were better than ever, and the overall tone of the series was tense, and in line with what was at stake for each team.

6. Shokugeki no Souma: Ni no Sara 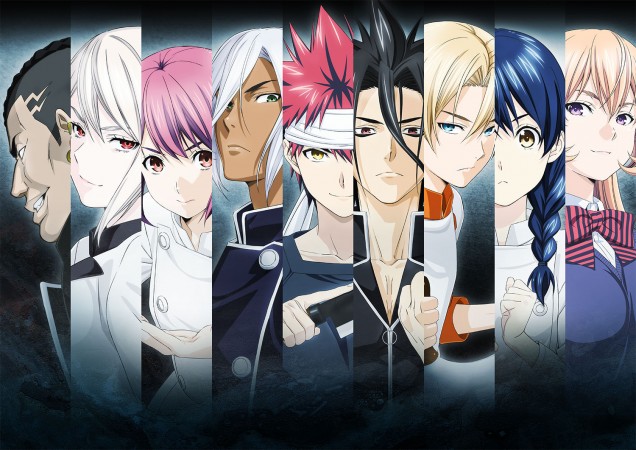 I marathoned the first season of Food Wars all in one 10 hour sitting, this show has almost perfected everything I love about shōnen anime, and taken out everything I dislike about it. Season 2 had the thing I love most about shōnen anime: Tournament arcs, and Food Wars did not disappoint at all with theirs. Even though I did find some aspects of S2 to be predictable, it was still a joy to watch. I did write my own review of the series (here) 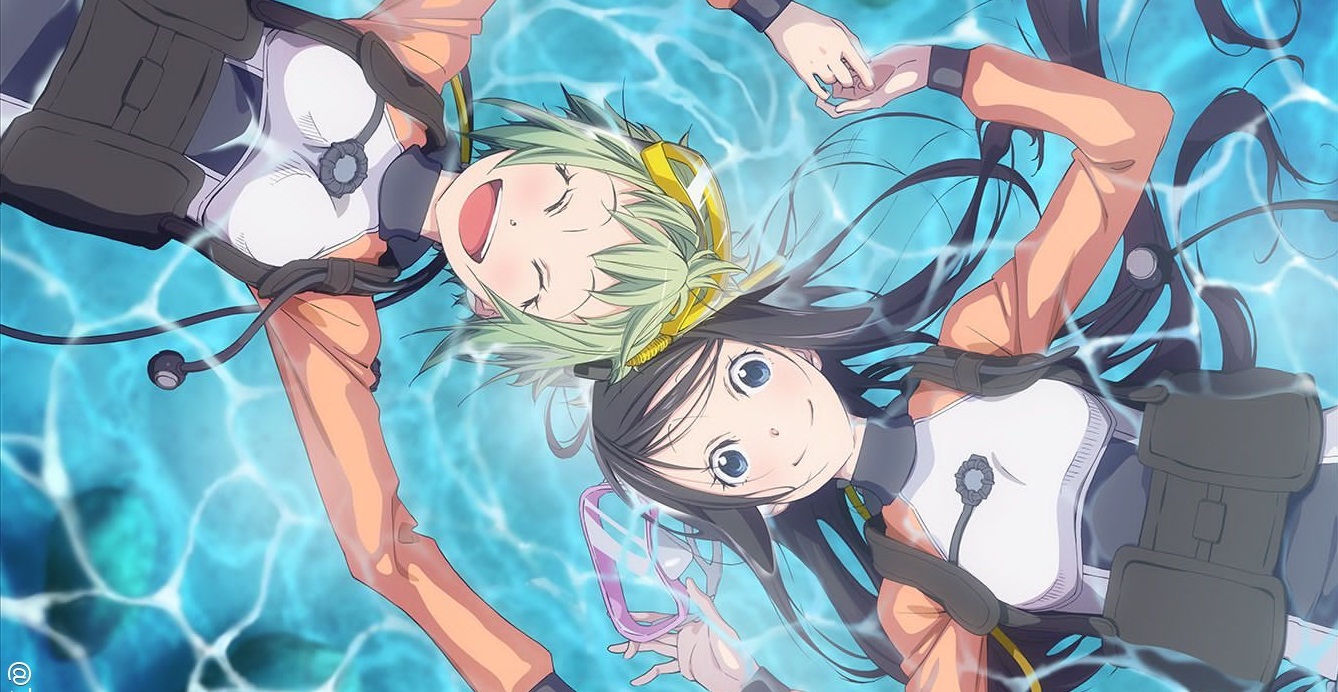 This was my most surprising anime out of the summer season, and it is evident to see why. Amanchu had some of the best characters this year, even better than the lovely duo of Cocona and Papika were the 2 main characters from Amanchu! This show had everything going for it; the atmosphere; the art; the characters, and the story was simple enough to allow everything else to shine.

This is my most surprising anime this year. I love sports anime, but Yuri on Ice is more than just a sports anime. The beauty of this show is the characters, as you see why all of them have decided to be male figure skaters, and what motivates them to be the best at what they do. Having one of the most unique uses of sakuga I have seen in anime, as well as making me use a term I don’t usually use when critiquing anime: cinematography. I don’t know how Studio Mappa did it, but Yuri on Ice has the best camera movements I’ve seen in anime. All of this combined with great comedy and a touching story and Yuri on Ice gets the number 4 spot without a doubt.

I think you have an understanding of my tastes from this list already, and Flying Witch was the perfect series for me. A great iyashikei (soothing) anime that I can watch and just relax to. If I had done a winter anime roundup, Flying Witch would have been my most surprising anime of the season and the best anime of the season. J.C Staff has won anime studio of the year for me, as they have made 3 of the ten shows in this list: Food Wars S2, Amanchu and Flying Witch. This anime in as few words as possible is Kiki’s Delivery Service the anime. I also have my own review of Flying Witch (here).

This was the best anime of the summer season, and honestly one of the best anime I have ever seen. Mob Psycho 100 might be one of the most experimental anime this decade, as Studio Bones have accumulated an amalgamation of high young talent to make this anime and it shows in every aspect of it. All the characters are likable and bring their unique sense of comedy, to the animation being some of the best animation that I have ever seen. My review of Mob Psycho 100 (here). 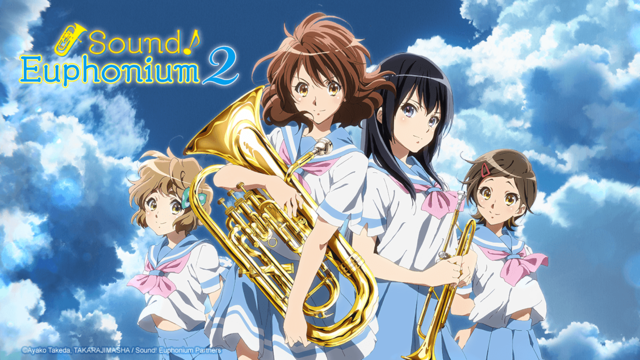 I know what you’re thinking… How can this beat Mob Psycho 100? And it is simply, Sound! Euphonium S2 destroys every single anime that came out this year. This is the most visually impressive show this season, has some of the best sound design anime has to offer, and the best cast of characters this year. Season 1 of Sound! Euphonium was in my Top 10 anime of all time, and someway somehow Kyoto Animation have made a sequel that surpasses the original in every aspect, which I didn’t even think was possible. Asuka’s arc which takes up the bulk of the series is one of the best character-driven narratives I have ever seen in anime. This anime goes above and beyond in everything it attempted to achieve, and that is why it is, in my opinion, The Best Anime of 2016.

2016 has been a diverse year for anime, and this top 10 list shows just that. The scoring range from this Top 10 is rather wide ranging from low 7s up till mid 9s. Now as I said in my introduction, this is MY list and everyone will have different opinions on what they think should be the best of 2016. So, what are your top 5 or even top 10 anime of 2016? Write them down in the comments below.