The SYMMETRE ambidextrous Gaming Mouse is a mouse targeted towards both casual gamers and hardcore gamers who prefer performance and essential mouse features.  The mouse really is that simple, nothing more nothing less, all for only $24.95. What you are getting with the SYMMETRE isn’t a crazy overkill mouse with metal parts and balancing weights, but an affordable mouse that any budget gamer can pick up and use right out of the box. 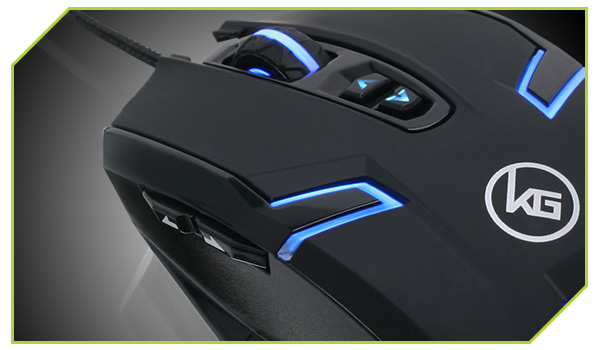 The standout features of the SYMMETRE is: 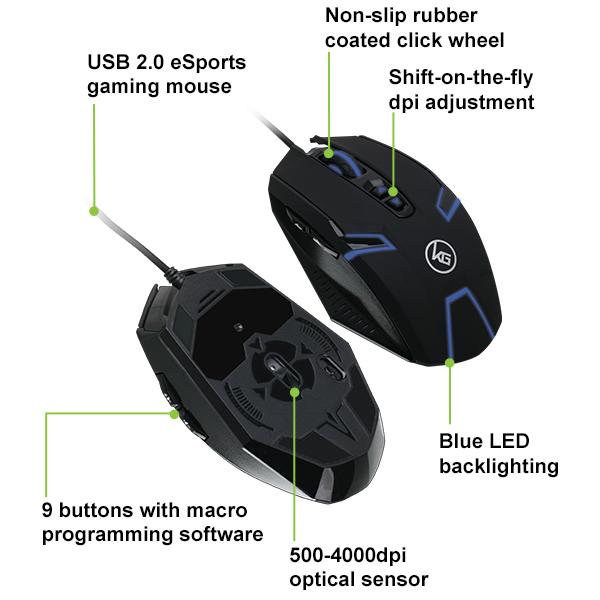 After playing around with this mouse for the past 2 weeks, I came to accept that this mouse is simple. It tears away a lot of the extra crazy buttons schemes and designs we have seen from gaming mice in the past couple of years for something down to earth. The lighting is a nice touch, but don’t expect it to do multiple colors and crazy lighting effects. Instead, it excels at core features like 9 programmable keys allowing for great macro options like adding the melee and grenade keys to your mouse buttons in games or, allowing the mouse to increase and decrease the volume of your music on your PC or applications like Spotify while in game without the need of ALT-Tabbing. I think the coolest thing I enjoyed while using this mouse was the ability to reduce my music when talking with others without pulling me out of the game. I found the programming keys exceptional with my Editing work space applications allowing me to shortcut many fundamental tools I use while editing videos without having to use much of my keyboard. 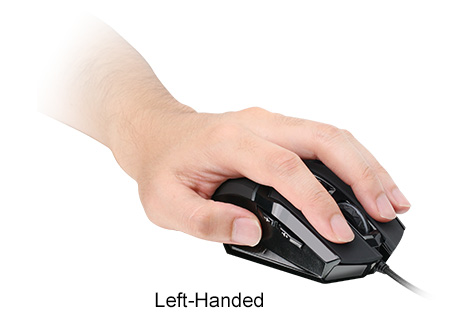 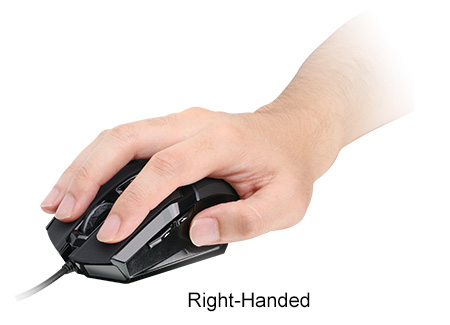 The only real complaints I had about the mouse was really its build quality and two of its set of programmable buttons. The build quality of the SYMMETRE feels very plastic and cheap, but not to the point where you feel it can be easily damaged. This was really only noticeable for me because I have been using a more high-end mouse for the past couple of months, so downgrading to this mouse, made it very obvious. I really don’t see this as a huge issue due to how low this mouse costs. The other issue I had was the actual…well….ambidextrous design. Once again this issue is something I can’t blame the mouse for and really just myself. I’m not ambidextrous and really had no need to use the mouse for my left hand. Because of this and the design of the mouse, they put two buttons on both sides of it. While this is great because it gives you more options, that same feature that allowed me to change the volume on my music also caused many accidental presses. During moments that required a tighter grip to increase my accuracy due to a lack of rubber grips on the mouse itself, my ring finger would constantly press against the buttons activating them. Luckily, you can deactivate these buttons but that just means there are two less buttons you will actually use. 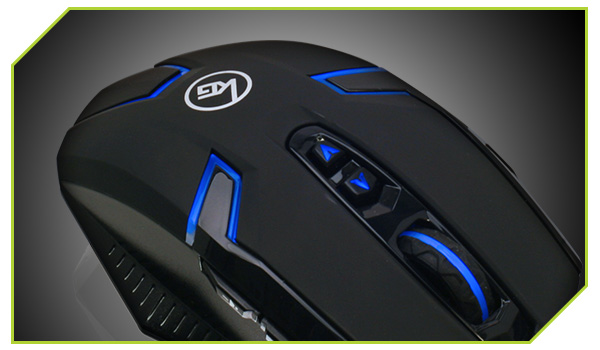 Even though the SYMMETRE may not be a mouse targeted directly at me, I can see it as a perfect starter mouse for anyone who is entering PC gaming on a budget or those who use a mouse with their left hand. The overall features on offer are solid and the mouse is comfortable while gaming for hours on end.  While I doubt I will continue using this mouse as my main gaming mouse, I actually found it very reliable for my small gaming laptop and had no problem using it while traveling.  For a price as low as $25 dollars, the SYMMETRE may be one of your best options when you need a new gaming mouse for any person quick.

Check out more information and where to buy the SYMMETRE here and look forward to more tech previews and reviews on this site and our Youtube Channel.

A Dark Knight of Gaming. I’ll either inspire you or motivate you. Indie Dev. Lead Developer behind LEAP.
icsstudio.co