The winter season has never been great for anime fans; it always made up with the previous year’s leftovers or continuations of existing anime. This year, unfortunately, looks to be no different with only 19 new shows, this season feels like a slow start to the year. That being said I have watched some of these new shows, and have compiled a list of the shows that I’m looking at this season that should at least be on your radar.

Quick notes: I have not watched everything this season, so you’re favorite show might not be included here, no OVA/ONA/Movies will be included either, so don’t expect to see SAO; Kuroko; Trinity Seven or Kizumonogatari here. I’m also not including any 2016 leftovers or series that are part of an existing franchise, that means Blue Exorcist; Little Witch Academia; Rakugo Shinjuu S2 or KonoSuba S2 will not be on the list.

I really like anime done by studio MADHOUSE, I put Alderamin on the Sky on the summer 2016 list purely based on the studio’s reputation for quality, and ACCA is now following suit. ACCA is directed by the same guy that directed One Punch Man and Space Dandy, and it looks interesting from what I’ve seen of it already with of choice in animation. The story follows an investigation unit of the government that stops corruption by government officials, in a country that has enjoyed peace for 99 years. This anime has an intriguing story centered around political drama and manipulation, the start is quite slow, but I’m excited to see where it goes.

This a comedy anime about an angel that came down to earth to further her understanding of humans, by living with them. After a few days, she starts playing video games online and eventually forgets about her original purpose, and devotes her life to being an otaku. Her best friends are a demon that is trying to be good and acts as her mother, and an arch demon that tries to live up to her evil title but isn’t that evil.

Onihei looks like it’s going to be one of the better series from this year. It’s an episodic drama following a samurai during Japan’s Edo era, who heads up a task force responsible for bringing thieves and murders to justice. It had some flaws with it’s pacing in the first episode, but the second quickly made up for this with a captivating tale on our main protagonist’s past. This series shares significant similarities with Sword of the Stranger and has a fantastic art style to match.

This isn’t your normal romantic drama series, as this anime is realistic. Kuzu no Honkai is about two teenagers in high school who each love a person they can never be with, which so happens to be 2 of their teachers at the school. To deal with this unrequited love, they decided to seek comfort with each other for the time being until their teachers fall in love with them. This anime isn’t your usual stereotypical high school anime of people who are too scared even to hold hands or make their feelings known to each other. This show makes it known early on that the two main characters are friends with benefits, and use each other for the sole purpose of physical comfort/pleasure that they long for in their actual love interests. It’s a refreshing take on romance in anime, as it realistically portrays sexuality in teens. 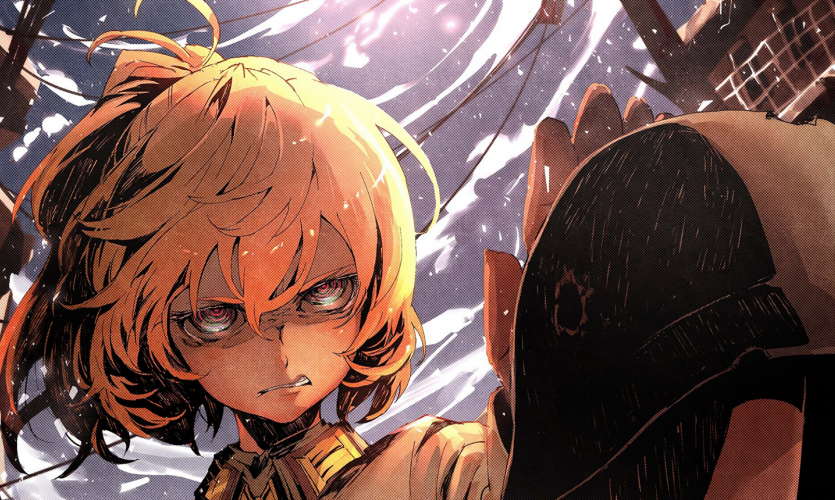 There isn’t much I can say about this that hasn’t been said by GI already. It’s an exciting war drama with fantasy elements. It’s got great action and fight choreography, real characters and a gripping plot that makes you want the next episode as soon as possible.